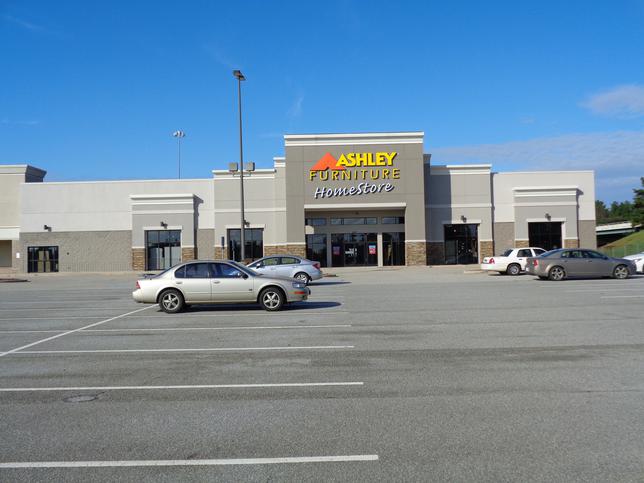 Map of countries with Ashley Homestores

In February 2014, Ashley Furniture HomeStore opened its 500th store in Longview, Texas.[7] As of 2022 there are over 1000 Ashley HomeStore locations across the globe.[8]

In April 2015, Ashley Furniture HomeStore made its first incursion in South America by opening its first store in Punta Arenas, Chile.[9]

The parent company of Ashley,[10] Ashley Furniture Industries, headquartered in Arcadia, Wisconsin, is the world's largest home furniture manufacturer. Owned by father and son team, Ron and Todd R. Wanek, the company manufactures and distributes home furnishings throughout the globe. The company employs more than 18,000. In 2013, the company built a 3.8 million square foot manufacturing and distribution complex in Advance, North Carolina.[11][12]

Ashley HomeStore has raised over $6 million for St. Jude Children's Research Hospital.[13] The company hosts the annual Midwest Ashley HomeStore for the Arts, whose proceeds go towards children's charities, school and other different humanitarian initiatives. Most Ashley HomeStore locations also support the Hope to Dream foundation which donates mattresses to kids aged 6-16 that do not have one.[14]

In 2015, Ashley Furniture HomeStore signed up reality TV stars Bill and Giuliana Rancic to represent the brand in advertisements and events around the U.S. “A lot of people don’t have a point of view on what they want in their home,” son of Ashley Furniture founder Ron Wanek, Todd Wanek said. “We want to figure it out for them.”[15] It is believed that Ashley Furniture parted ways with the couple after Giuliana's controversial commentary about Zendaya drew sharp criticism and outrage.[16]